Rago/Wright is pleased to present our first online selling exhibition of works by Richard Hambleton.

Comprised of fifteen works, this exhibition includes iconic Shadow Paintings and Marlboro Man works for which the artist is best known alongside colorful landscapes on metallic backgrounds from his Beautiful Paintings series.

Acquired directly from the artist, the selection traces the artist’s creative and influential output from the 1980s until his death in 2017. 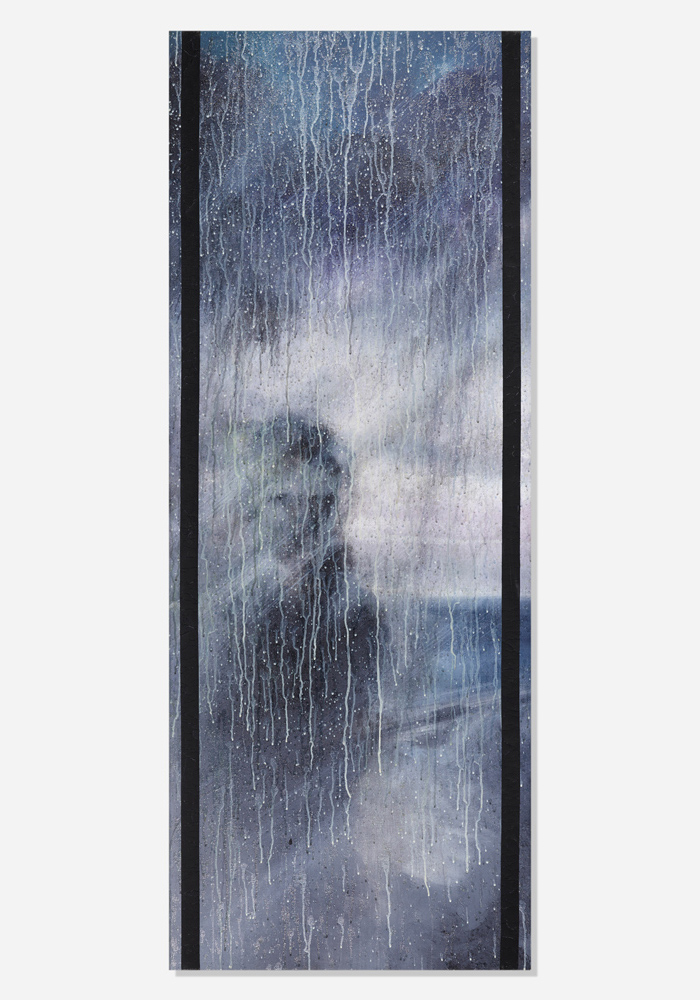 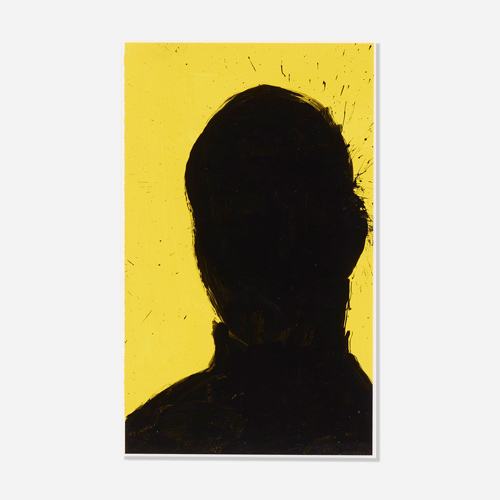 These works come from the collection of Robert Murphy. Robert Murphy, first met Hambleton in 1989 and the two established a friendship quickly. From aiding the artist with housing to preparing canvases, procuring art materials and just hanging out, Murphy and Hambleton remained close until the artist’s death in 2017.

I first met Richard Hambleton at the Bond Street Gallery in the winter of 1989. Richard had stopped by the gallery to sell a Keith Haring drawing. I introduced myself. Richard called me the next day and came up to my office on 53rd/9th Avenue with some artworks. I purchased several pieces and commissioned a work.

It took him weeks to complete my painting. Richard was living at the 2B gallery on 2nd Street in an abandoned gas station painted black. I helped him move from 2B to the Stantion Street Gallery. I would help him move at least 7 more times over the next three decades.

In 1992, I relocated my own studio to 420 West 49th Street between 9th and 10th Avenue. It was a store front with a 10’ x 20’ foot large brick wall. Richard would call me after work, and I would prepare my space for him. I ran a high end painting business at the time and used materials from my job to apply the backgrounds—Dutch metal, aluminum leaf and sometimes gold leaf—on canvas or Masonite, framed and unframed.

I would get everything ready for Richard including purchasing a cheeseburger, coffee and cigarettes. When he arrived, we would talk art for a while, then Richard would look around at all of the prepared canvases, supports and gilded framed pieces and start thinking about what he was going to work on that day. Sometimes he would use a sharpie to sketch figures on the paper bag that the cheeseburger came in.

It was amazing to watch Richard paint. He would work extremely fast and never re-worked a single piece. Richard would hold his cigarette rocking back and forth moaning a bit then pick up a brush and go to town.

We would repeat this routine countless times over the years. When he was unable to make it to my space during the day or after work, I would have my brother drive me to the art store to pick up a box of canvases then we’d pick up Richard. I would paint the backgrounds on the canvases and Richard would paint jumping shadows on them while we drove around town. Richard would yell “Stop” when he saw a wall he wanted to paint a shadow on.

Our pattern changed briefly after the world trade center collapsed, though we continued to meet downtown about once a month. When Richard had his gallery shows around 2009, we picked back up where we left off. Though his health was failing, he maintained a sense of humor and he continued to paint.

I remember Richard, not only as the most talented conceptual expressionist of his time, but as a friend.

For additional information about these works, contact our specialists!
INQUIRE

Canadian artist Richard Hambleton was part of the same downtown scene as Jean-Michel Basquiat and Keith Haring—outselling both artists at the height of his career— yet his star was almost forgotten. As a young artist in Canada, he gained notoriety for his life-size chalk outlines that mimicked murder scenes and after moving to New York, his ominous painted figures gave him the nickname Shadowman. Known as the godfather of street-art, Hambleton was truly doing it first, and he paved the way for artist like Basquiat, Haring and Banksy to enjoy massive commercial success.

Hambleton, on the other hand, remained out of the public eye for most of his career and what monetary wealth he achieved was short-lived. Drug addiction, death, and tumult propelled him into a life of poverty, yet Hambleton continued to paint, trading works for food, shelter, and art supplies. In 2009, he was rediscovered. A sudden burst of notoriety and a slew of sales brought Hambleton to the forefront of the art world once again, but the moment did not last. Increasingly frail from years of drug use and untreated cancer, Hambleton died in 2017. Three years prior, in a moment of morbid self-reflection, he said “At least Basquiat, you know, died. I was alive when I died, you know. That’s the problem.”

I painted the town black.

Portrait of Bob and Richard

View our upcoming calendar and explore events at Rago!