The Manufacture Nationale de Sèvres, established in 1756, had fallen on hard times by the late 19th century, with critics accusing the factory of a lack of creativity and imagination. Change was finally effected near the turn of the 20th century and came via several sources. The first was the initiation of Japoniste decoration; an explosion of interest in Japanese art occurred in the latter half of the 19th century as a result of artists and craftsmen being exposed to Eastern wares at European expositions. Several artists employed at Sèvres, including Marc-Louis-Emmanuel Solon and Henri Lambert, formed a secret Japanese society at the manufactory and began to incorporate Japanese motifs and styles into their work.

The second proponent of change was a presidential decree in 1891 stipulating that Sèvres must not only search for new forms and decorations, but also to develop stoneware. The decree spurred Sèvres to extensively experiment with clays and glazes, successfully creating not just a new, versatile low-fired porcelain body, but a range of sumptuous crystalline glazes.

The final creative spark that led to Sèvres’ triumphant charge into the 20th century was Alexandre Sandier’s appointment as creative director in 1897, a post he would occupy until 1916. Sandier embraced and fully introduced the Art Nouveau style and was primarily responsible for the company’s success at the 1900 Paris Exposition Universelle, which re-launched the firm and garnered them newfound fame and respect.

Their spectacular Exposition pavilion façade, a monumental work that employed their grès stoneware to great effect, is permanently installed in Square Félix-Desruelles, Paris. The firm’s output from the late 19th century and throughout the first decades of the 20th was refined and diverse, full of splendid, intricately decorated wares,  sinuous, naturalistic vegetal forms, and simple vessels with spectacular crystalline glazes. 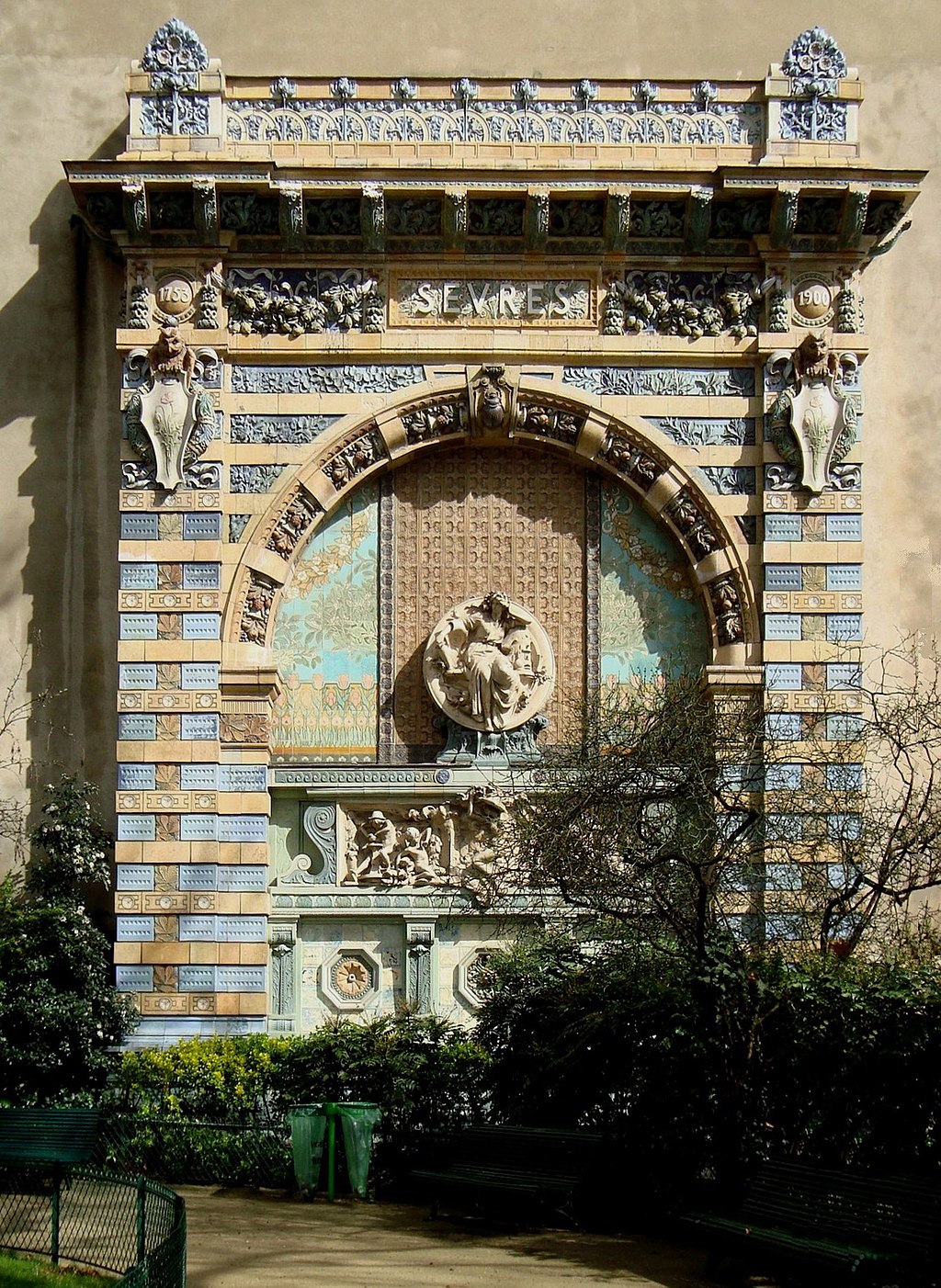 Junon (Juno and the Peacock)

Rare vide-poche with cherubs and chestnuts