William Sellers (1929–2019), a sculptor and painter whose career spanned six decades, created a diverse body of work from early sculptural works in metal that recall the monumentality and geometric clarity of Tony Smith to later paintings, in line with hard-edge abstraction artists such as Ilya Bolotowsky and Ellsworth Kelly.

Sellers began his artistic career in Ann Arbor, Michigan in the 1960s and his earliest works were Brutalist sculptures made from cast iron and aluminum—dense, expressive works in the mode of Louise Nevelson's assemblages and Paul Evans' metalwork. By the mid-1960s, his sculptures had taken on a more pristine formalism, in line with the emergence of minimalism in New York City art circles. Sellers was featured in the Whitney Biennial in 1966 and 1968 and he and his family re-located to the Hudson Valley in the early 1970s to be closer to the city.

Drawings and paintings were important precursors to Sellers' sculptures and a way for him to "search in a field of geometric and topological ideas". Paintings were often translated to sculptures and vice versa, with solid, flat planes of color being stretched, condensed, re-combined and rotated until a discreet, interior confidence had been achieved. 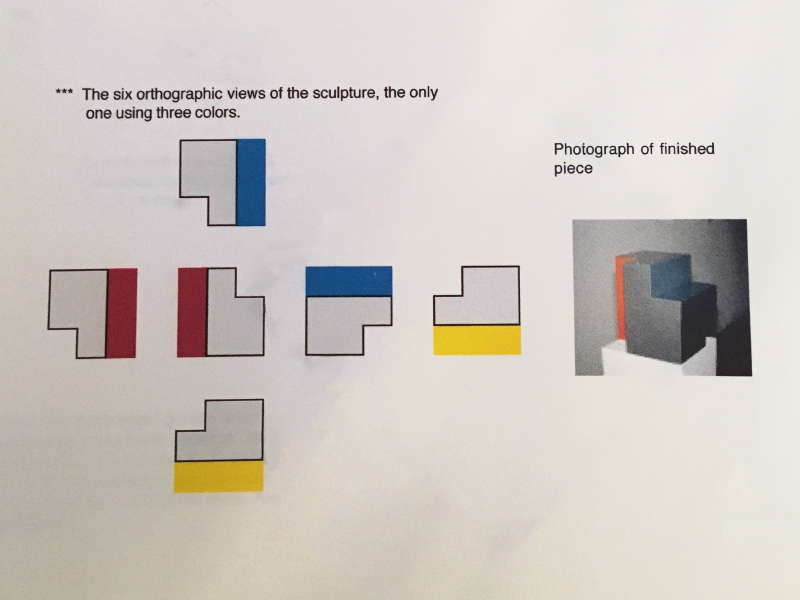 Sellers made sculptures into the 1990s but by the 2000s he shifted his focus solely to paintings. The coherent arc of Sellers' work can be characterized by what Bleu Cease, the director of the Rochester Contemporary Art Center (RoCo) regards as "a very specific commitment to geometric abstraction". While there is not yet a great deal written about Sellers' body of work, this allows space to view the works outside of a deluge of interpretation and instead as Sellers did—as endless opportunities for speculative contemplation into his exacting, controlled style and the resonances it creates with the forms around us.

In addition to his precise and thoughtful body of work, Sellers also taught sculpture at the University of Rochester and the Rochester Institute of Technology and worked for Wendell Castle in the 1980s and 1990s. His work is held in collections including the Albright-Knox Gallery and The Detroit Institute of the Arts and is on permanent display at the Memorial Art Gallery, University of Rochester. In a review of a show he had at Max Hutchinson Gallery in 1973, New York Times art critic John Canady called Sellers' works "inventions, strictly rectilinear and individually handsome, [that] become—as a group—a single work of art". I like [these drawings] simply based on my intuitive/visceral response ... What shows is that they are still alive and working. They have taught me a lot and carried me away.